Sea Kayak Milos and Petrinela’s Guesthouse are owned and operated Rod Feldtmann and Petrinela Vikeli.  The family have three children, Anna and Alexia and Perros and live year round on Milos.  Proud of their island home it has become a way of life, welcoming the constant stream of guests who come to enjoy the beauty and tranquility of Milos.

The younger members of the family may be found helping out in the Kafeneio, loading the trailer or washing the kit at the end of the day (or perhaps not, they are still kids after all).  Having been in kayaks since they were babies, they still enjoy an occasional paddle. 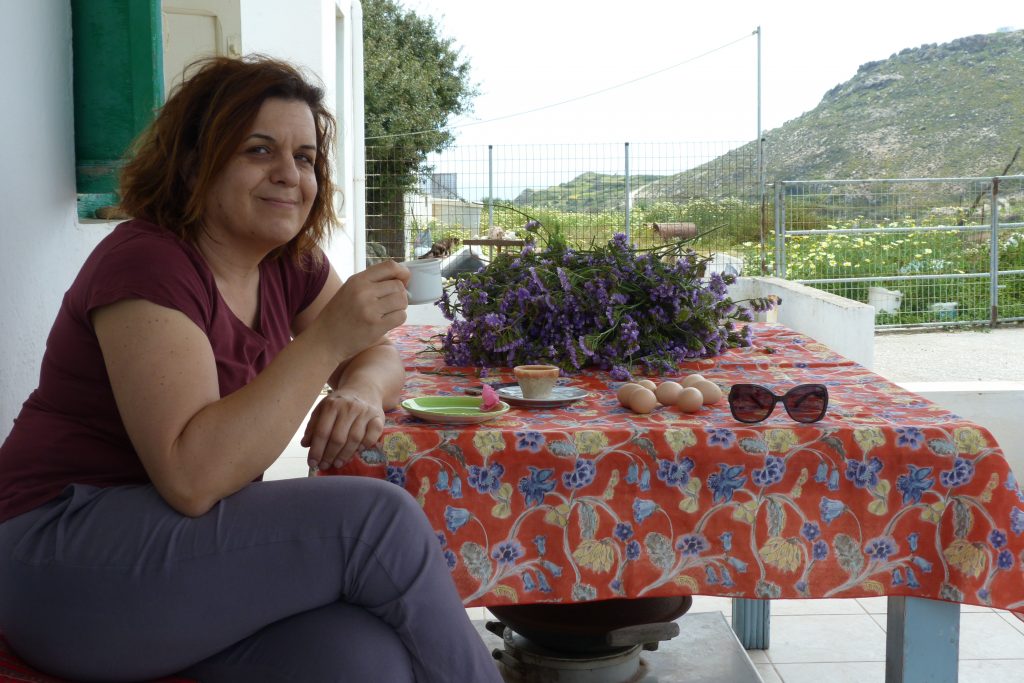 Petrinela comes from a local family and was born and raised on Milos.  After school she moved to Athens and obtained a degree in Tourism Administration.  During her time in Athens, Petrinela worked for a while in the hotel industry before retreating to the quiet life of the islands.

Petrinela manages the family operated Kafeneio (Coffee-Ouzo bar) and the Guesthouse business, in-between her motherly tasks.  She enjoys spending time with her family, quiet nights at home, Sundays at the beach and the occasional moonlight swim. After working hard all summer, Petrinela looks forward to a winter break, either skiing in the Alps or a trip to Australia for an endless summer.

Rod grew up on a farm in Victoria, Australia. After graduating with a degree in Geology from the University of Wollongong, he worked for 10 years as an Exploration Geologist in Australia, Bolivia and finally on Milos. When his contract as a Geologist came to an end, Rod established Sea Kayak Milos as a means to remain on Milos, sustain his family and enjoy the great outdoors.

Rod has been living on Milos since 1998 and running kayak trips full time since 2001. He is on the water most days from April until October, so that is a lot of days on the water. So whether you’re a novice looking to begin your kayak journey or an independent kayaker wanting guidance and local knowledge – you’re in good hands!  He holds his Sea kayak Leader Certificate with British Canoeing and is a UKCC Level 2 Sea Kayak coach. 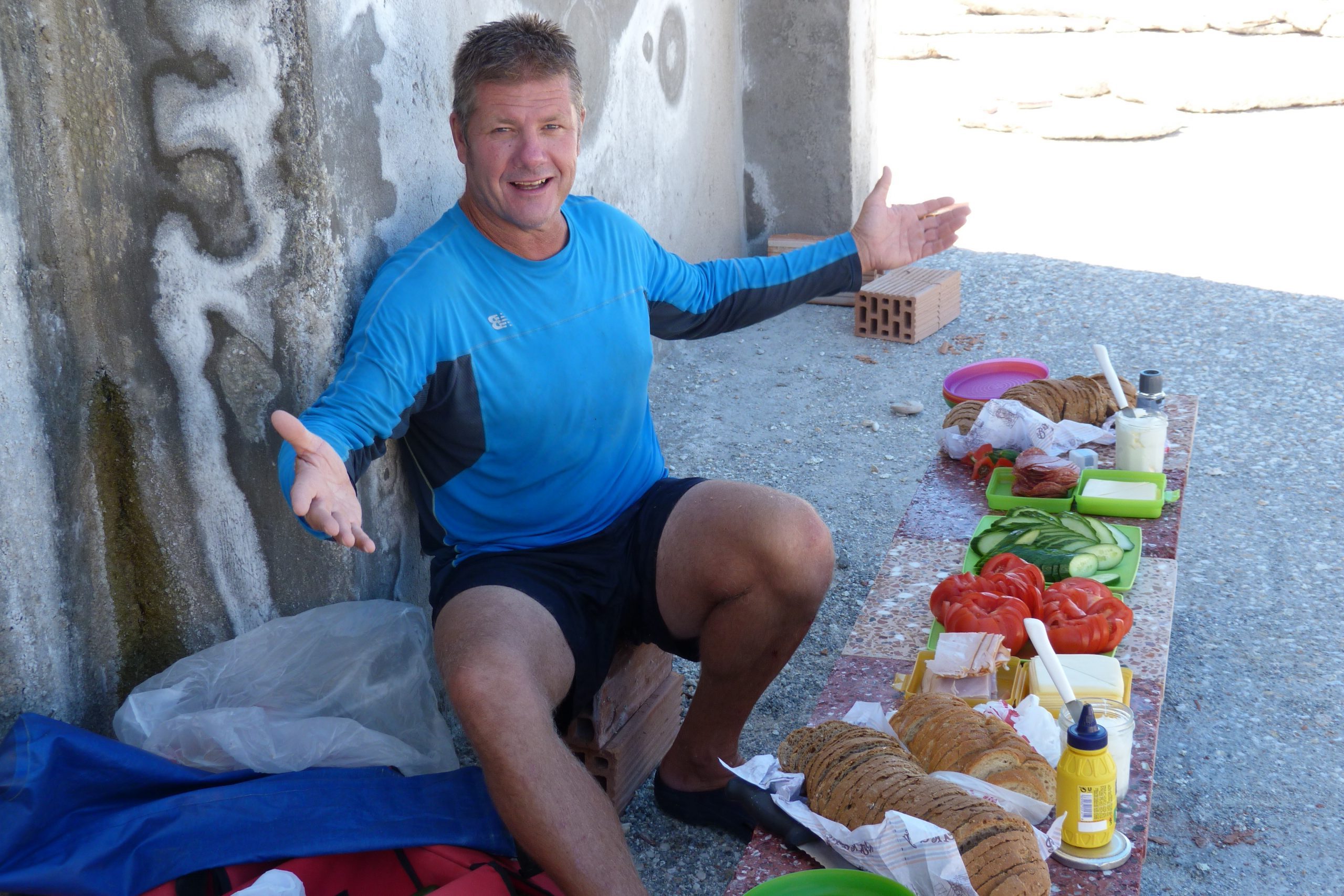 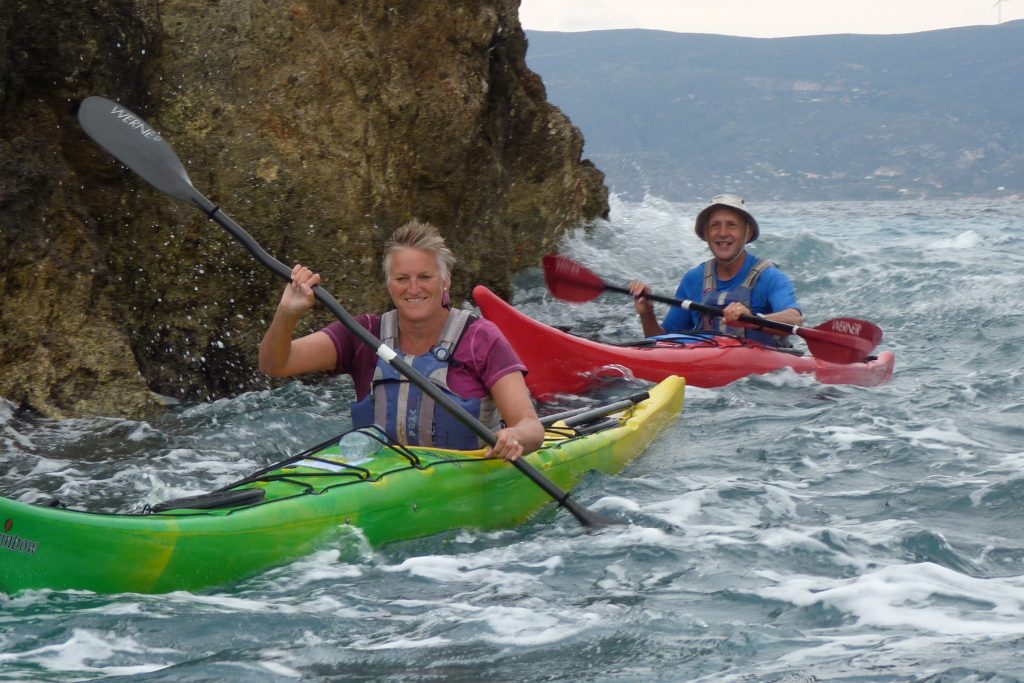 Having first visited Sea Kayak Milos on a holiday in 2008, Dave and Sue have returned each year to be part of the guiding team, now leading day trips and all the 5-day expeditions.  Sharing their passion for kayaking with others, outdoor adventure and camp cooking they inspire confidence in everyone. Experienced, sympathetic and very knowledgeable they know how to strike the balance between a relaxed kayaking trip and a professionally led expedition.

What started in 2009 as a club trip with the Lower Wharf Canoe Club, became an annual pilgrimage to Sea Kayak Milos.  Lynne and Roy grace us with their presence each September, keeping all entertained from breakfast o’clock until well after beer o’clock.  Ee by Gum!  Lynne holds the BC Sea Kayak Leader Award. 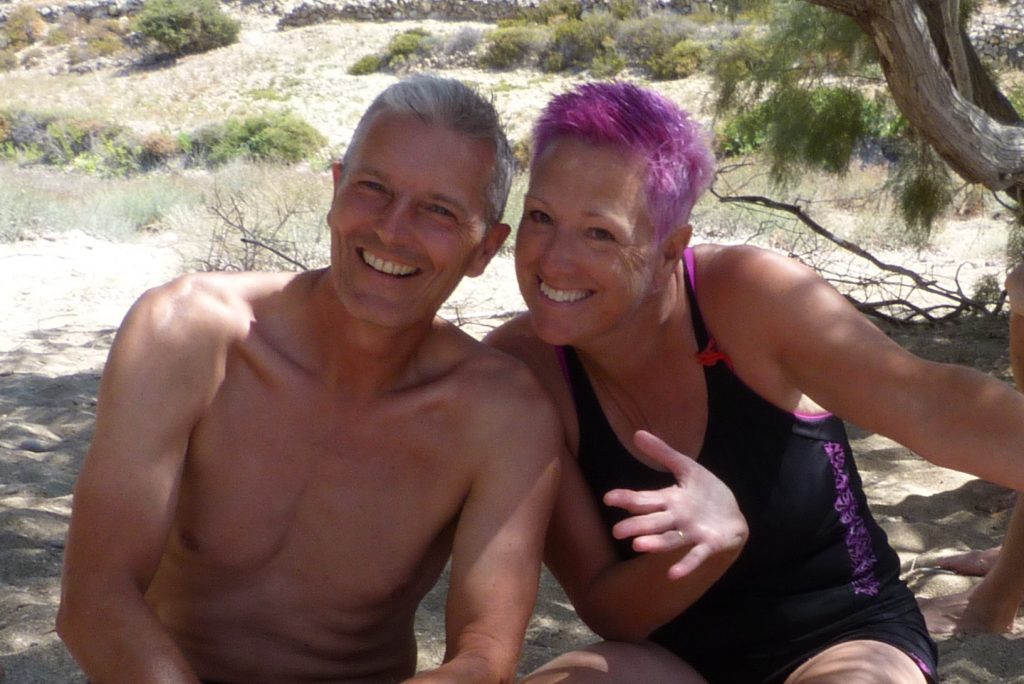